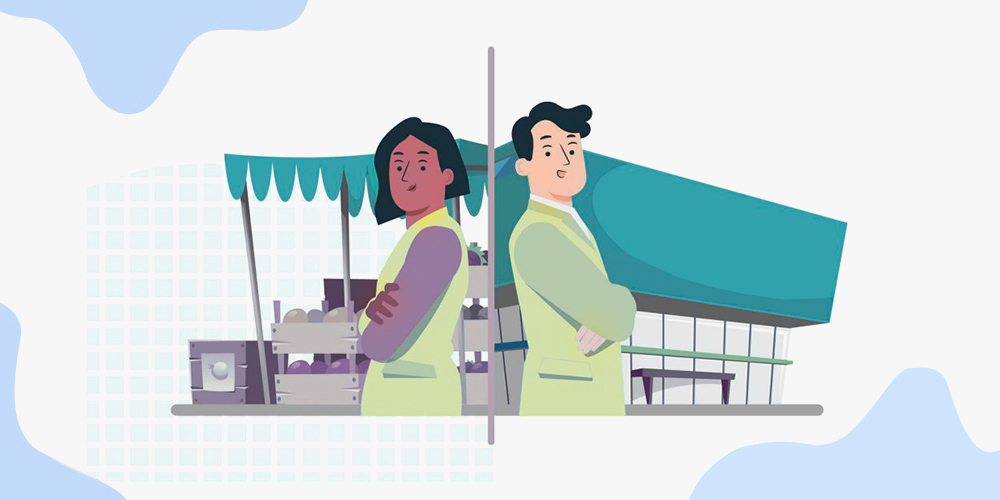 General trade is the older of the two models, and was established before India opened its markets to organized retailing. Modern trade, on the other hand, is a purely urban phenomenon that grew in popularity between the 1990s and early 2000s, when many corporates and first-generation entrepreneurs entered the retail business.

Let’s understand the difference between general trade and modern trade in detail.

Before we dive into too many nuances, if you are not clear about what they mean, let’s understand the main difference.

By some estimates, the total value of trade in FMCG products exceeds US$1 trillion annually. General trade is more convenient for customers because it is easily accessible and generally located closer to residential areas. However, modern trade generally offers a wider variety of products and better service.

General trade is a vital part of the FMCG industry, as it helps to ensure that products are available to consumers in a timely and efficient manner.

Modern trade in FMCG is a very different beast to what it was even a decade ago. There have been numerous changes, both in terms of the type of products being traded and the way that trade is conducted.

No matter which type of trade you choose, always remember to keep your target market in mind. This will help you make the best decision for your business.

According to McKinsey & Co consulting firm, general trade or traditional trade will decline from 85% to 65-70% in the next 4 to 5 years. E-commerce and modern trade channels could corner 30% share. As far as overall FMCG market is concerned, it will grow at the rate of 6-7% annually by 2025. In any trade, selling online is non-negotiable.

Modern trade in India has come a long way in recent years. With the advent of online platforms and mobile apps, businesses are now able to reach a wider audience than ever before. This has made it easier for brands to connect with potential customers and promote their products and services.

However, modern trade in India is not without its challenges. For one, the country's vast size and population make it difficult to reach all potential customers. In addition, the competition is fierce, with many brands vying for attention. As a result, businesses need to be creative and strategic in their approach to modern trade in India if they want to succeed.

You have just read so many details about general trade and modern trade. Hopefully, now you understand their meanings and differences better. We, at Edistera, are well-versed with the Indian market and understand the complexities very well. If you are ready to jump into the future of trade, feel free to contact us.